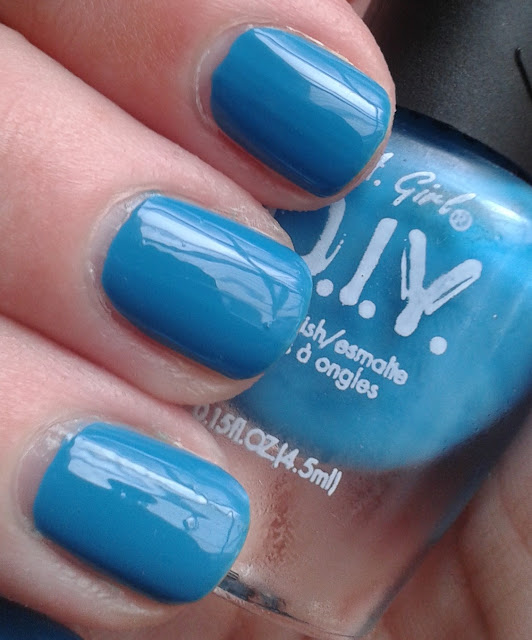 This polish came in an LA Girl nail art set. It was a bit of an impulse buy, and I ended up giving away the other three colours in the set, but kept this one. It doesn't have a name, but Mr 17 suggested it be called Steven. This is why his career as a Nail Polish Namer will probably never take off.

Steven didn't seem all that promising in the bottle but on the nail is a stunner of a sky blue. Somewhat streaky formula on the first coat, but excellent coverage by the second. Steven is a keeper.
Posted by Selina at 13:03